With previous releases on Jazzman’s Stark Reality label and Ape Records Mr. Chop’s upcoming projects include collaborations with Stones Throw/Now Again The Heliocentrics and other works with The Heliocentrics producer Mike Burnham.  Inspired by classic recordings and genres as far wide as Funk, Electronica, Hip Hop, Library, Soundtrack, Psych, Jazz, Krautrock and Music Concrete, Mr.Chop records his music live with a collective of musicians out of the his vintage analogue home Ape Studios.  Ape has been the home to some great artists over the years including The Coral (Sony) and Cherryghost (EMI).
More recently Mr.Chop has been involved in remixes and production for The Dead 60’s (Sony/Deltasonic Records) and has just finished work on a soundtrack for Stag films. 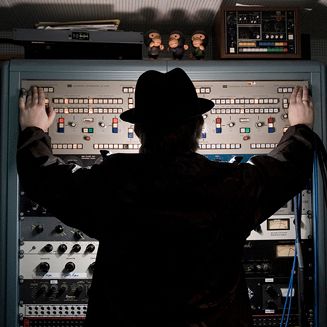