Born Toulouse 1966, Don Pascal started mixing in Paris in the early 90´s, at the same time he was dedicating himself to the promotion of black music artists, who hence had a hard time signing with french record companies.

From the beginning, his musical selections where clearly defined : the grooviest within the black and latin music, whether it is Funk, Jazz, Soul, Hip-Hop, House, Salsa, Latin Jazz or Brazil...

His models where then Gilles Peterson and his friend Loik Dury, DJ and selector of the excellent Radio Nova. He also hanged on with Gilb´r (also part of the Nova Team and later creator of the Versatile label), and Marthe Lagache, an ex-model, star of the Parisian nights and promoter of the best parisian parties of the time, like the legendary “Zoopsie” parties in Bobino that were something like a parisian Studio 54.

In 1991, Don Pascal promoted for a short time some parties at The Palace, the legendary parisian club of the eighties, opening the doors of the venue to Reggae/Dancehall, Funk and African music artists, something quite exceptional at the time. He also shared turntables with african DJ´s playing a mix of Funk, Congolese and Nigerian music.

During the nineties Don Pascal performed in various venues for Nova Productions, What´s Up Events, Marthe Lagache... (Bataclan, Hopital Ephémère and many underground places used for a one shot party).

At the same time, between 1992 and 2000, he collaborated with Sony Music and Virgin Music, working on the sales promotion of artists like Air, Michael Jackson, Fugees, Cypress Hill, Marsalis brothers, Massive Attack, Keziah Jones, Horace Andy and many more...

In 2003 Pascal decided to move to Barcelona and get ready to produce his own music.

It´s in the middle of this process that he met Fred Spider in a record convention. Soon after, they started to produce music together under the name of The Jivers. Their first release : “Do What” feat. Anqui, a clubby jazz-hit out on Jazz & Milk Breaks 3. 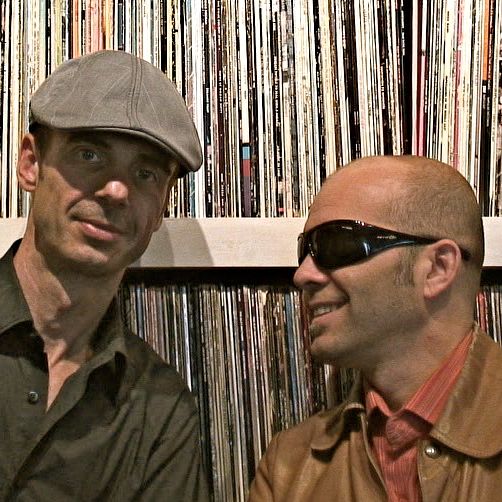